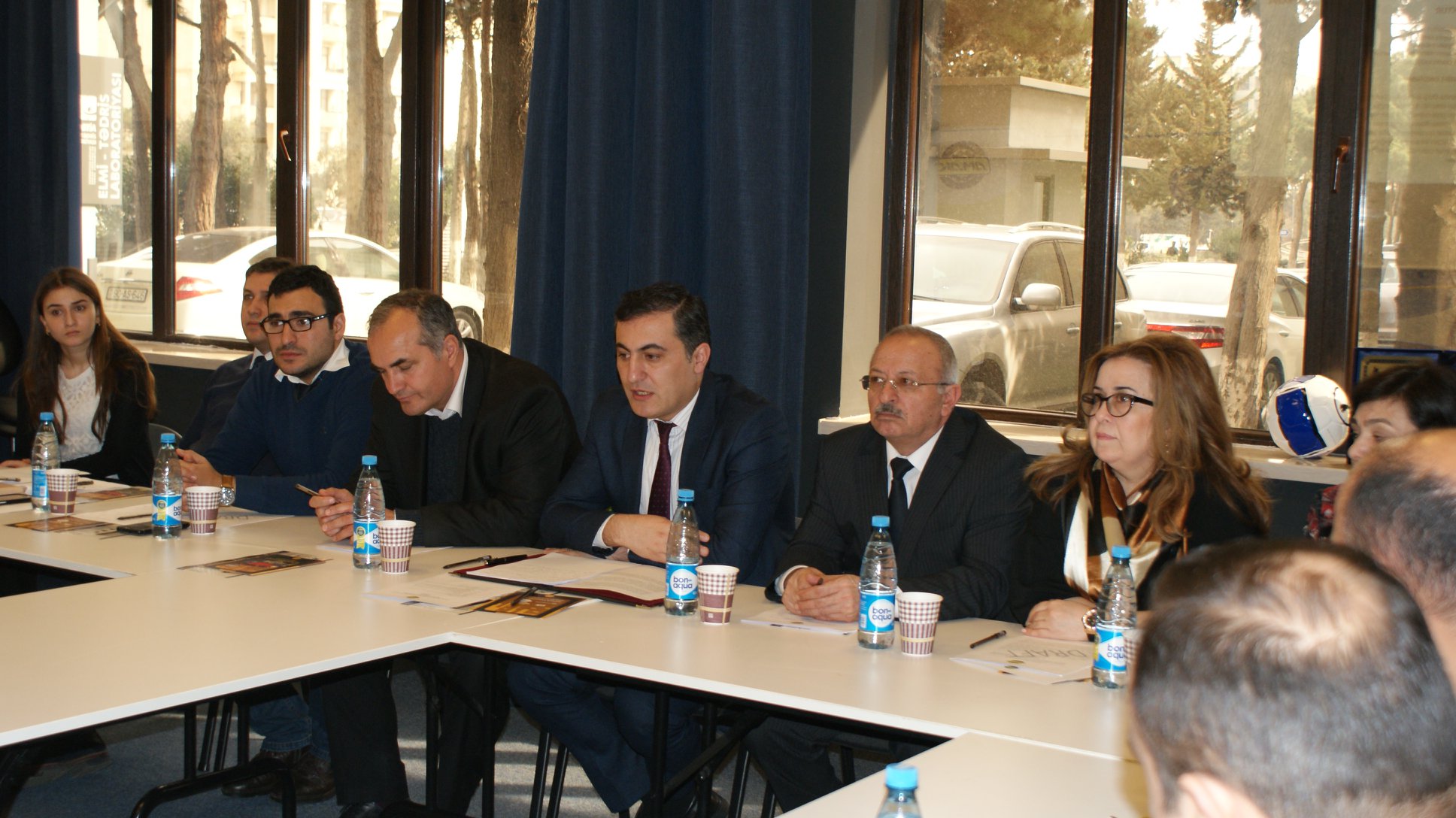 AMAK has organized a roundtable discussion on the results of projects “Accessible mobility for people with disabilities in Azerbaijan: data collection, the drafting of proposal package” and "Increasing awareness on Persons with Disabilities (PwD) and improving the collaboration among government, CSOs and media representatives", an EU funded Eastern Partnership Civil Society Facility Project.
The event had been held on March 16, 2018 at the Multimedia Center of Azerbaijan State Academy of Physical Education and Sport.
Representatives of the Ministry of Labor and Social Protection, Ministry of Education, Baku Metro, State Road Police, Ministry of Transport, Communication and High Technologies, Ombudsman’s Office, State Committee for Family, Women and Children Affairs, State Committee for City Building and Architecture, Baku Transport Agency, Bakubus LLC, Baku Taxi LLC, Azerbaijan University, as well as representatives of a number of local nongovernmental organizations: Social Work Public Association, Association of Females with disabilities, Union of Associations for People with disabilities, Independent Life Public Association, Association for the Integration of People with disabilities into the society and Red Crescent Association had joined the discussions.
Vafa Huseynli, the head of Social Projects Department at AMAK, had started the event, by providing brief information on the results of the project. Representative of Baku Transport Agency had talked about the reforms, which are being applied in the field of public transportation and their effect on people with disabilities. Representative of the Ministry of Labor and Social Protection highlighted the importance of research in reviewed field. Representative of Azerbaijan Journalists Network had talked about the importance of changing attitude among population towards people with disabilities and media's vital role in tackling this issue by raising awareness among general public.