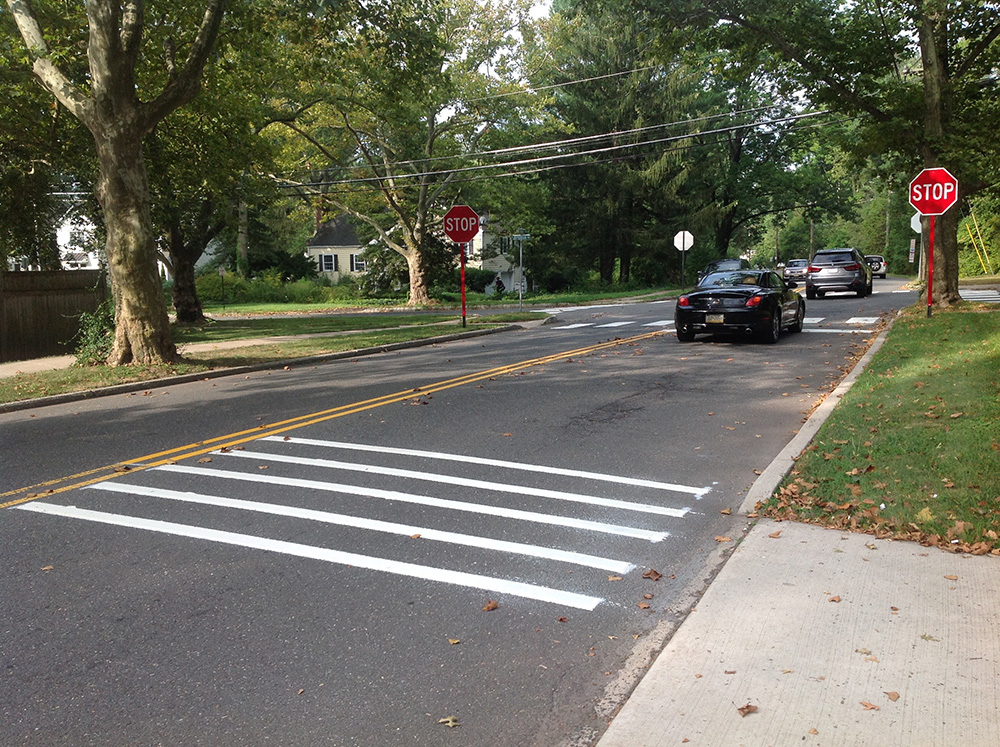 How And Why Reduce the Speed ​​of Cars In The City

In developed countries, there are two types of roads: a local network of roads and highways. These are fundamentally different transport systems connected through separate gateways.

How do developed countries try to reduce the speed of traffic on the local road network? Let's find out together why we need to slow down the speed of cars, and how? The fact is that they try to reduce the speed in the network of local streets - on the highways it is trying to increase it on the contrary. But today we will talk about the local streets, those  in the residential area along which sidewalks and bicycle paths are laid, such as where children walk, such as we see from the window of our house.

A car is about 100 years old ... Only a hundred years. Therefore, as a living creature, man could not fully adapt to it in such a short time. In nature there are no loud sounds - the loudest sound that our ancestors usually heard was the sound of thunder. In nature, there was nothing brighter than the Sun or a fire. There are very few fast moving items in it. In the usual wildlife that surrounded our ancestors, the fastest objects were predators - for example leopards, or birds of prey.

In the human psyche, the habits associated with them, which have developed over thousands of years of human history, have remained. In particular, we subconsciously fear fast-moving objects. Psychologists have established that the appearance in the field of view of an object moving 10 times faster than we are moving, causes a depressive state.

A person is moving at a speed of 5 km / h, so the car should not go faster than 50 km / h. Therefore, in residential areas in the EU, this is the limit of speed everywhere. They do not want people in cities to be in a permanent state of depression, so roads, on which there are cars, and people - all have such a limitation.

In addition to psychological discomfort, rapid transport in residential areas significantly increases the sad statistics of road traffic deaths. Every subsequent 5 km / h, starting from 50 km / h, doubles the number of deaths of pedestrians. In developed countries, the speed in a residential area is reduced to 30 km / h, and only central streets left at a speed of 50 km / h.

The measures to limit the speed and traffic intensity (traffic calming, traffic taming) all together are called in the literature "traffic calming".  More information on this here. The comfort of the urban environment in certain areas can be improved by limiting the speed and intensity of traffic. In most of the existing cities it is impossible to change the layout of the street network, but the goals can be achieved through a variety of means and methods of organizing traffic.

A combination of these means and methods aimed at "calming down" traffic are usually used on the streets, inter-house and inter-block thoroughfares in residential areas in order to improve the safety and comfort of pedestrian communications.

At the same time, means and methods of "calming down" traffic provide a reduction in traffic noise and harmful emissions. The implementation of regulatory, visual-oriented and physical measures to limit the speed and intensity of traffic usually leads to a reduction in accident rate by 18-60%.

As experts emphasize, all these measures do not in any way abolish the need for competent work of the traffic police - and first of all cameras in the most dangerous places

Two reasons have been noted above, according to which the speed in European cities is limited to 50 km / h:

1) Elimination of psychological discomfort for pedestrians

But there is a third reason - it's maximizing bandwidth. In fact, the throughput (more precisely, the intensity of the flow) increases with increasing speed from 0 to 40 km / h. But after - starts to decline because of the increase in the dynamic size of cars (static size + safety interval, increasing in proportion to the square of the speed)