Urban planning and transport are two related topics. In general, these issues are reviewed separately, because not integrating urban and transport planning can cause serious problems in the city. Currently, it's claimed that the dense skyscrapers built in the central part of the city with no control are the main cause of traffic jams. If we pay attention to the city's present view, we can see these claims to be right.

One of the consequences of unplanned development of areas is the lack of available space for car parking in the yard. As a result, open and free spaces become chaotic parking. Chaotic parking in the surrounding areas affects entirely urban transport, especially the quality of lives of people living in these areas, as well as the level of comfort of urban environments. Meanwhile, such condition has also loaded the city's street network. Another problem arising from the construction of multistoried, closely-built buildings is their "aesthetics" and a large number of people living in such buildings. Since such areas are not suitable for private cars, it is more appropriate for residents living in these buildings to use public transport.

The less discussed and more serious problem of Baku transport is the chaotic expansion of urban areas. This problem has a great impact on urban transport.

The map below shows the central part of Baku with a red line and urban agglomeration ("Greater Baku") with a green line. 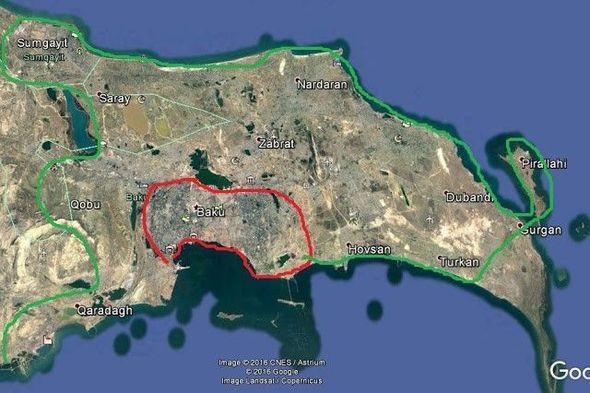 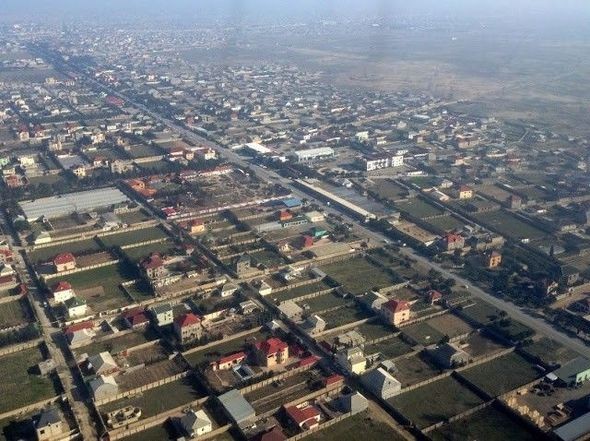 In low-density areas, it is difficult to provide the population with quality public transport, they are largely dependent on personal mobility - i.e. private cars. The centre of Baku is not intended for mass carriages due to dense buildings.

Everyone knows that there are big problems with traffic jams in places and roads connecting the city centre with urban areas and areas with high urbanization level. Currently, the only factor preventing transportation collapse in Baku is the lack of access to private cars (in comparison with those living in the city centre) for those living in urban areas. As a result, residents living in urban areas use very poor, dangerous and uncomfortable public transport and pedestrian infrastructure.

Let's take a brief look at the history of Baku's urban development. Construction plan of buildings outside from Icheri Sheher walls have been started at the end of the nineteenth century. At that time, according to the architectural trends of that period, many quarters with the number of the street network began to be built, such quarters were not so big. It should be noted that even modern urban planning specialists and transport planners consider this kind of construction of buildings as the best option. People are also attracted to these streets and they are considered the liveliest streets of the city. Let's take a look at Baku's general plan of the twentieth century. During the Soviet period, the construction of new residential quarters was continued to be built in Baku and their sizes were much bigger. Although such an approach provides numerous streets, there are no signs of densely constructed buildings, narrow "well" yards (quarters) and the streets are wider. Residential buildings of that period are usually called "Stalinka". For instance, such as urban planning: 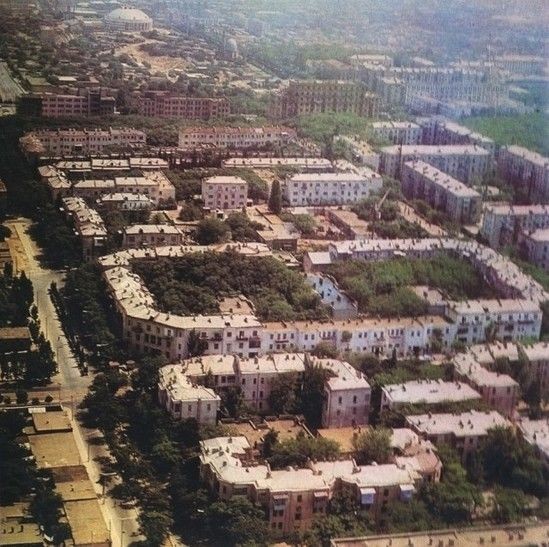 Afterwards, from the 60-70s of the XX century, the era of micro district urbanization begins. The main feature of the micro districts is that the buildings within the "super-neighbourhoods" are far apart and the exact location of the beginning and end of the streets is known. In this case, there are still empty areas in surrounded areas. 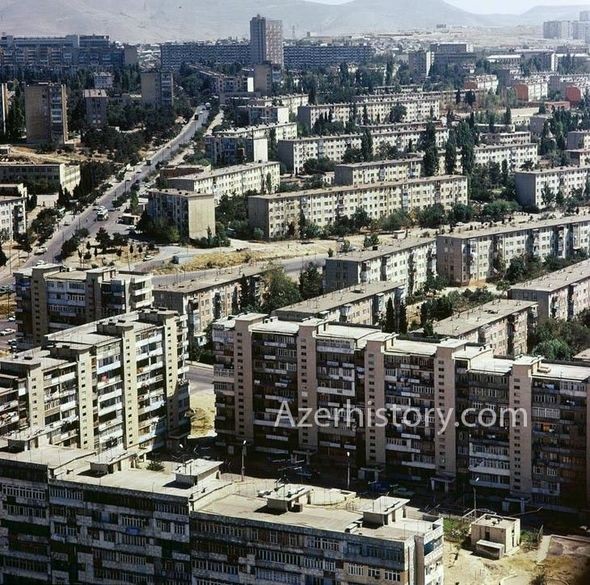 From the picture, it is seen that it is not right to talk about any street network here. In such areas, the need for transportation was covered by one or more major streets. Since the level of carriages was fairly low at that time, there were tram and trolley-bus routes on the streets that could carry passengers to nearby subway stations. 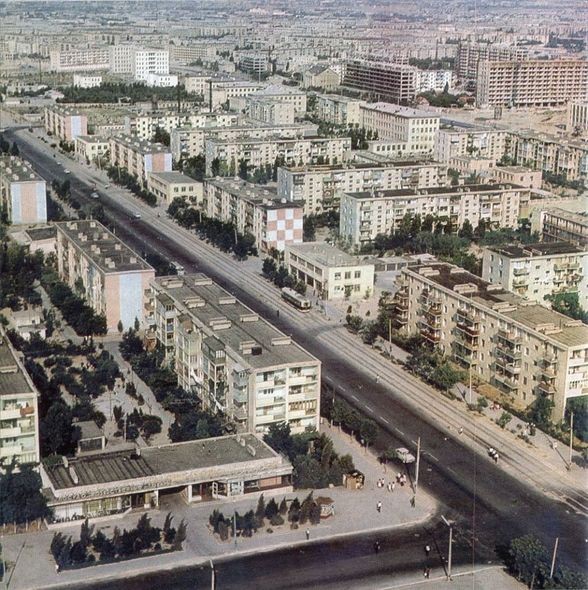 In the modern era, the density of the city centre has grown, and the city has been expanded to its surroundings. All of this is accompanied by an increase in the level of carriages and degradation of the public transport system.

What could be done such a situation? What kind of buildings could be built for the proper development of the city?

Modern urbanization considers the construction of "quarter buildings" as the best option. It should also comply with the following basic principles:

- Human scale - Buildings that form closed quarters should not be too high and buildings should be 6-7 floored, but there may also be one or two high multi-stored dominant buildings. It is desirable to build buildings in a unit style, but with a unique personality.

- Combined urban planning - We need to avoid the "dormitory town" approach; it is important to build a business, commercial, residential and public buildings in a cohesive way. In this case, the level of self-regulation in the cities and settlements of the city will be increased. Also, no way to allow low-income people to live in one region, and high-income people to live in another region.

- Public Places - Parks, gardens, city squares and other vital places for a city.

By the way, it is possible to see the constriction on the basis of these principles in Baku - White City. 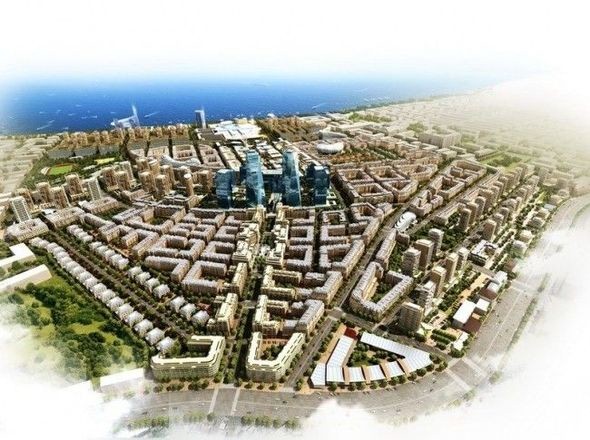 How will we find a solution to the "problem" of transport and the urban areas?

Urban buses should be improved while reducing their stops express bus routes can be created. Railways and bus stations should be built to provide quality services to people living in the countryside, there should be bus routes carrying passengers and parking places at such intersections. 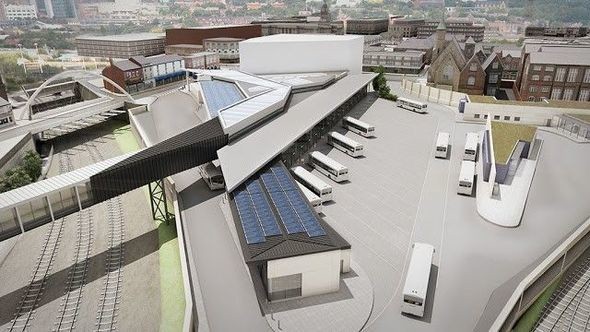 Finally, some of the city's urban areas must be transformed into new, localized centres. Thus, there is a need for new public space, local business and good mobility. This is one of the main principles in the new general plan of Baku.