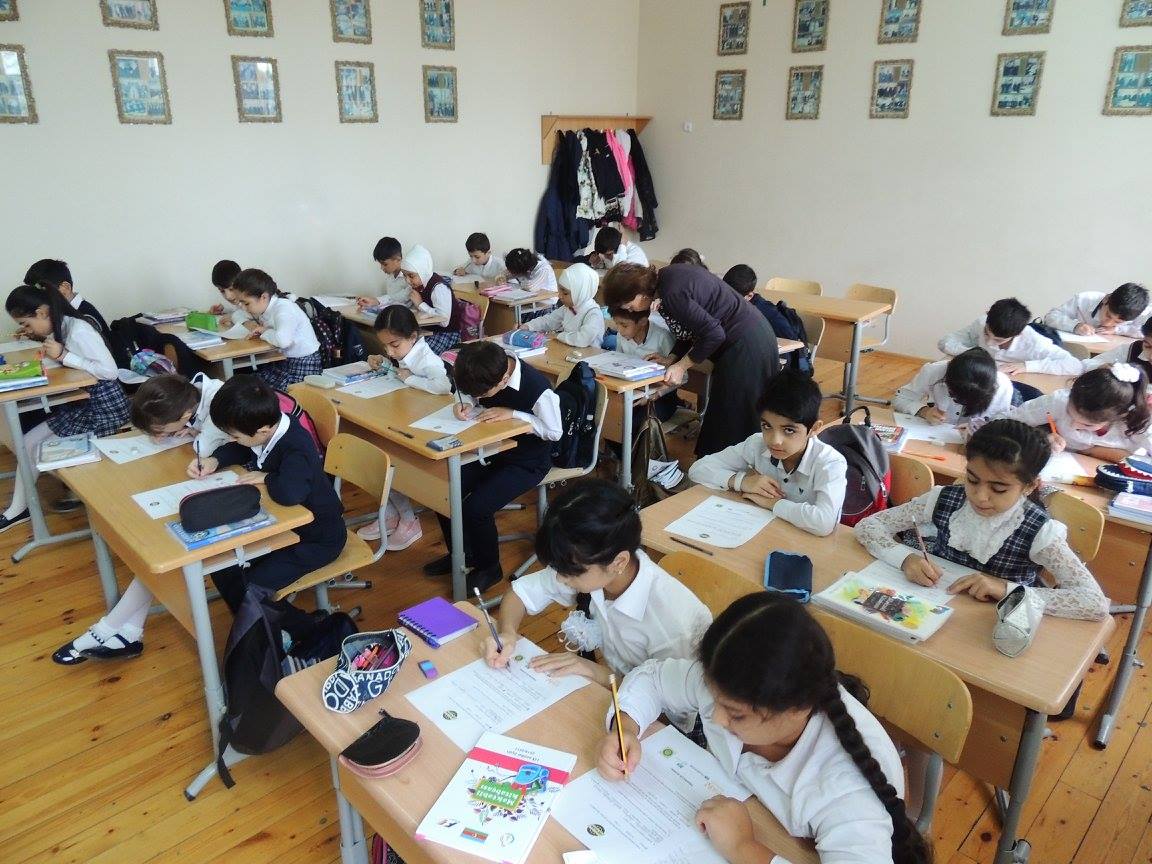 In cooperation with local and international partners, AMAK organizes campaigns to promote road safety in the country. Some of the campaigns are listed below:

- Reduce speed, save lives. (Slow Down Save Lives)

- Accessible transportation for people with disabilities

1. Increasing awareness on Persons with Disabilities (PWD) and improving the collaboration among government, CSOs, and media representatives

The goal of this project was bringing together all the relevant government, non-government, local and international organizations, media and most importantly CSO representatives through various activities to involve these stakeholders in increasing the awareness on the issue and provide a collaboration platform for a more structured and effective way of problem resolution and to contribute to the country’s overall efforts in prioritizing and publicizing the needs of persons with disabilities. As part of the project, AMAK together with the Azerbaijan Journalists’ Network and ADA University, conducted a workshop on “Media’s role in establishing the appropriate perception about people with disabilities in the society” for 15 different traditional and social media representatives – TV, newspaper, website, journal etc. Throughout the project, AMAK also organized a social experiment to find out the knowledge and attitude of the public to the needs and challenges of people with disabilities in regards to accessible mobility.

The goal of this project is to develop and implement an effective advocacy campaign on Road Safety Education to achieve road safety education policy change in Azerbaijan by bringing together all the key decision-makers of the country.
AMAK is planning to focus on road safety education, where activities will involve an awareness campaign among children, teachers, parents, and adults in general with the goal of increasing awareness on the importance of road safety education. The vital and inseparable element of the project will be advocating for the adoption of a policy requiring Road Safety Course in the education curriculum by the end of 2019.
As part of this project, AMAK organizes regular awareness sessions/meetings with teachers and parents at schools as part of its advocacy campaign and engage these teachers and parents in the advocacy process to ensure that they do understand the importance of road safety education as part of the curriculum and how they (teachers and parents) can contribute to the overall cause through petitions, participation in public awareness campaigns both in public areas and different media channels with participation of key stakeholders (State Road Police, Ministry of Education and other government agencies, media, relevant civil society organizations).

3. Road Safety Training at Baku Schools and Kindergartens
The pilot project was implemented jointly with the State Traffic Police of the Republic of Azerbaijan, the British Embassy in Azerbaijan, the Ministry of Education, ADA University, Baku Engineering University, and the Children-Youth Development Center No. 2016-2017. Based on the EASST Traffic Safety Education Package, translated into Azerbaijani and Russian from English, road safety education was delivered to both children and teenagers from 5 pilot schools and 5 kindergartens in Baku and Azerbaijan, both in formal and informal styles. This project has been particularly useful for school students and children from kindergarten within age groups of 4 to 14, as well as for their teachers, parents and volunteer trainers from AMAK.

4. Conducting Traffic Safety and First Aid training for taxi drivers and taxi management
The project was implemented jointly with the Baku Taxi Service LLC, EASST, the British Embassy in Azerbaijan, the Ministry of Health and the Autostop Media Channel. Under the project, taxi drivers from Baku Taxi Service LLC and (up to 200 people) had been provided with basic and specific information on important safety rules, as well as trained on delivering first aid during accidents.

5. Pedestrian Survey: Identifying general understanding, thoughts, and attitudes on traffic safety in Baku
Taking into account the increased interest for road safety data collection, AMAK has organized a survey among pedestrians in Baku, aiming to understand their needs, interests, and trends, which appear to be relevant for that period. The project was also intended to raise overall awareness among respondents for traffic safety and change negative aspects of their behaviour. The project was also conducted among 1200 school students from 12 districts of Baku.

6. Accessible transport for people with disabilities in Azerbaijan: data collection, drafting proposals package
Within the project, the focus group, as well as roundtable discussions, had been conducted in cities of Baku and Ganja among 200 respondents. This project aims to address the problems faced by people with disabilities on the roads and in transport, bringing together all concerned government and non-government representatives, children with disabilities, young people and adults, their families and specialists. Close cooperation has been established with the relevant government and non-governmental organizations for the successful implementation of the project. All activities have been carried out within the framework of cooperation with these agencies.

​The goal of the project is to ensure the safety of children and to reduce the number of serious injuries and deaths and to achieve change in existing legislation. Currently, only 17% of families in Azerbaijan currently use child restraints in their vehicles and there is very little knowledge on the importance of child restraint systems and in general child safety in cars. As a result, during road crashes children get various injuries, disability or die on the roads. In order to prevent or mitigate such situations, it is planned to conduct awareness-raising campaigns, as well as surveys, training on relevant topics to promote child car seats among parents/guardians within the project.

The National Automobile Club of Azerbaijan organized the awareness meeting with parents and schoolchildren together with the State Road Police and Ministry of Education in the frame of the campaign in the school number 302 located in Garadagh region, Alat district. As part of the campaign, AMAK conducted a survey on “Identifying dangerous areas for pedestrians around schools” on 10 May 2019 in the school number 302 located in Alat district and in Yasamal region. As a result of the campaign, AMAK hosted a Round Table with the participation of government agencies, non-governmental organizations and the media on May 14, 2019, at ADA University on "Leadership and Partnership on Road Safety". In the event discussions on joint activity and role of Mass Media, governmental and non-governmental organization in awareness of the society in according to the goals of “State Program of Azerbaijan Republic on Road Safety for 2019-2023”, as well as current situation on road safety in an international and local level, delivering of information on problems and achievements in this field to the society, strengthening partnership between governmental bodies and civil society in the field of road safety were held.​

One of the main areas of AMAK’s activities is road safety.